If you think you keep asking for things but you still don’t have them, it’s important to understand how important it is to provide clarity to the Universe. The Universe will always assume that what you want is simply what you are putting your attention on, so you must learn to focus your words absolutely positively.

Actively try to speak using your words only in a positive sense – try to remove ones like ‘don’t’ and ‘can’t’ from your vocabulary. That way, you won’t be able to say things like “I don’t want to be poor anymore” or “I don’t want to feel ill all the time” or “I can’t see how things are going to get better”. Think of things like a google search engine – you wouldn’t put “no cats” into google and expect to see no cats. Google hears that you want cats even though you think you’ve made it clear you don’t.

After some practise in turning your language around, it will become very natural to speak using words in their positive sense and this is a major step towards clarity.

To make matters a little more complicated for us humans, the Universe doesn’t just hear you when you are actually speaking TO it – like when you blow out a candle on a cake and make a wish or pray to God for something different. The Universe hears you ALL of the time through your thoughts and feelings whether you’d like it to or not. It is always responding to you, even when you aren’t deliberately trying to create something. In the simplest form, you could be thinking “I feel ill”, “I’m overweight”, “I have no money”, etc. but at the same time wishing yourself healthy, slim and wealthy. At best, the message you’re giving out is inconsistent and so the Universe can’t work out what to give you.

Because the Universe has your back unequivocally, it doesn’t discern what you ask for – it simply provides. Just like Google, it won’t interject and say “actually you don’t really mean you don’t want to see cats, or you want to carry on feeling ill, or being short of cash, because surely that would make you unhappy”.

The Universe doesn’t just hear what you say; it hears what you feel. You could buy a lottery ticket everyday of your life and what could give the Universe a clearer message of your desire for more money than that? But if there’s a small part of you that considers the odds to be against you, you simply aren’t ever going to win the jackpot because that thought translates into the feeling that you don’t really have a good chance of winning and that’s what the Universe hears.

If you pop something in the oven and think to yourself “I mustn’t let this burn”, chances are it probably will. In essence, what you are feeling is worry that it might. If you are a visual person, in that split second you might even conjure up an image of burnt food in your head. If you put something in the oven and think to yourself “this is going to be cooked to perfection” then you are conveying your desired outcome in a very different way.

Feelings are the overriding factor simply because they carry more weight than words. Look how important tone is when you speak – that’s driven by your feelings. If you tell someone you’re happy in a miserable tone, assuming they have some degree of emotional intelligence, they are unlikely to believe you and more likely to conclude that you are in fact unhappy. Think of it like the Universe has oodles of emotional intelligence and absolutely nothing gets past it!

So, to summarise, the Universe is responding to each one of us ALL of the time. Through our thoughts, feelings and our connection with it, we create EVERTHING in our existence. Good and bad. The Universe is producing what you’re asking for – whether you are conscious of it or not – every day of every year.

We create our own reality. Nobody else does it for us. When we realise this, we have the opportunity to fully embrace all responsibility for our own lives. And this is the point we understand how important it is to become what’s known as a ‘deliberate creator’. It’s really just about becoming clear and conscious of the impact that every thought and action has on our life.

When we know how to work effectively with the Law of Attraction, we can literally manifest ANYTHING we want into our lives. People tend to think manifesting is when you specifically ask the Universe for something, but we are ALL manifesting ALL the time. Every aspect of your life today is what you have manifested already. What you previously ‘asked for’ in some way or another. You don’t get to turn your manifesting powers on and off. 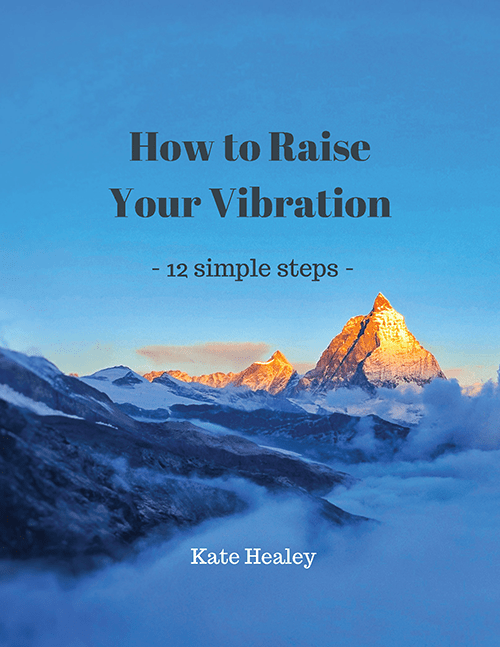 Before you go...Have you received your free ebook?

Thanks so much for visiting!

If you would like to receive updates about my blog, courses and offers, or you would like a free copy of my ebook 'How to Raise Your Vibration', you can sign up here. It's packed with tips on how to live a life you totally LOVE!